Create an Amazing Shower Design With These Ideas!

Walk-in showers are a big hit with bathroom remodels, and there are so many shower design ideas that the possibilities are endless. That you can really create a beautiful and functional area by accessorizing your shower space. You can customize every option from shelving, niches, seats/benches, shower heads, lighting, fixture placement and even sound systems! All of these items add style, function and a personalized look to your new shower. 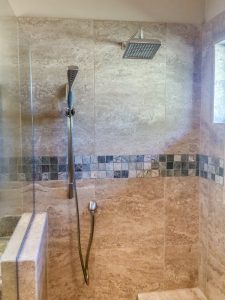 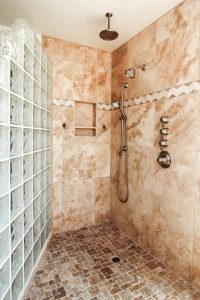 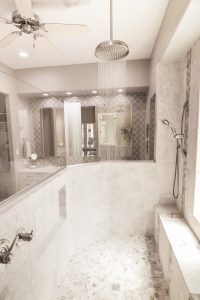 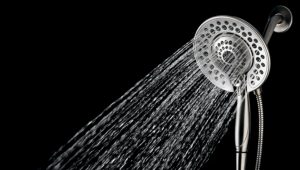 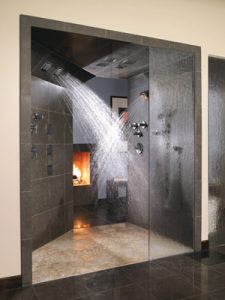 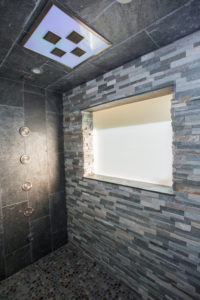 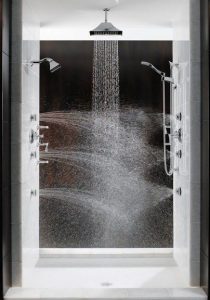 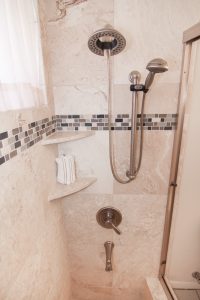 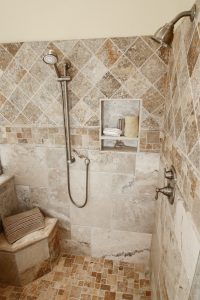 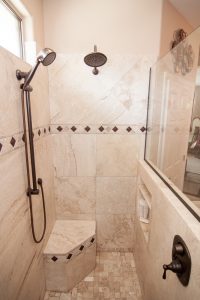 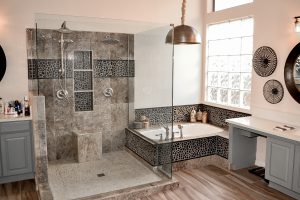 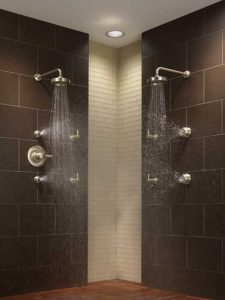 Now let’s talk seating. Having a seat or bench in the shower is a nice feature to have to be able to relax and enjoy a nice long shower. Depending on placement, it can also serve as a place to put towels or other items as well. Depending on your DIY skills, this something that can be added yourself, or if you want a professional look, you are hire out a contractor for a remodel. 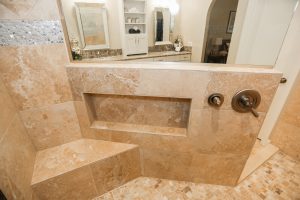 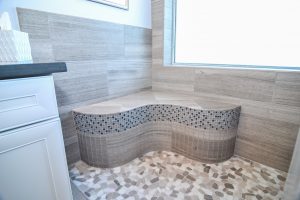 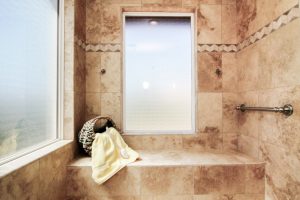 Another important part of your shower area is the lighting. No one wants to shower in a cave! There are a couple different types of lighting options available from natural light to overhead lighting.

Recessed niches are a nice little functional addition to any shower. These are cubbies built into the shower wall to place items such as shampoo and conditioner bottles, shaving cream, body wash etc. Shower niches can have varying sizes, and design that can blend into the shower wall, or can stand out and be used as an accent or focal point. Niches can be deep or shallow, tall or short, they can have glass shelves or stone/tile. You can put them in a corner or along the wall, the possibilities are endless! They can really give your shower that extra pop! 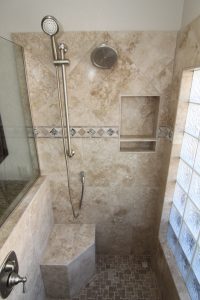 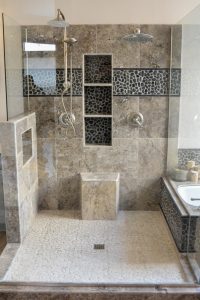 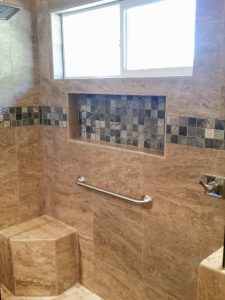 Fixture placement is important to think about when designing your shower. No one wants to get into a shower just to realize the water is still cold, then have to reach through it to turn up the heat! Standard placement is on the front wall directly under the shower head, however it’s becoming more common (especially in the larger showers) to place the handles at the entrance to the shower so water adjustment can be done BEFORE getting into the water. Depending on shower design and size, they would typically be placed on the side wall or back wall of the shower.