What is Herringbone Pattern?

The herringbone pattern is an arrangement of rectangles used for floor tilings and road pavement, so named for a fancied resemblance to the bones of a fish such as a herring. The blocks can be rectangles or parallelograms. In similar terms, it is a distinctive “V” shape. 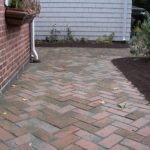 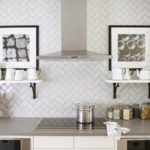 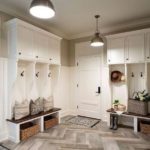 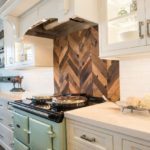 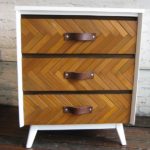 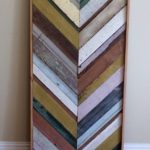 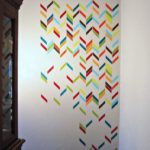 The difference between Herringbone and Chevron pattern:

Both of them are composed of pieces that are equal size and arranged in a zigzag pattern. Herringbone is when the planks are cut into perfect rectangles and then staggered a bit, so the end of one plank meets the side of another. The Chevron pattern occurs when the planks are cut at an angle so the zig meets the zag along a perfectly straight axis. See the diagram below for a visual illustration. 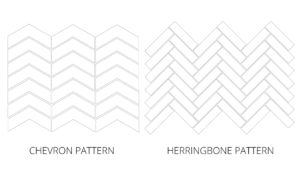 The History of Herringbone:

The idea of Herringbone came from the skeleton of the Herring fish. Herringbone texture and pattern first started with jewelry and textiles. It dates back to the ancient Egyptians which made the pattern very popular with kings and queens. The Romans adopted the pattern when they built their roads. They interlocked the bricks while laying crushed stone underneath creating an impact absorption which prolonged the lifespan of the road. It was also known in Ireland back in 600BC in horsehair textiles which added Celtic class. It started to become popular as a flooring in Europe as early as the 1500’s, starting out as brickwork again but in decorated churches and other buildings for centuries. It was also known for people to scatter sand on their dirt floors and sweep the floor in a decorative pattern similar to this.

How to use a Herringbone pattern:

The herringbone pattern is a classic look that may never go out of style because it gives a room depth and simplicity in a gorgeous way. It’s sophisticated but subtle way to create style and separate the space apart from your average design. You can use it as a backsplash, flooring, ceiling or even an accent piece to your space. It was originally used with wood but now it can be designed with any material you wish. You want to make sure nothing competes with the herringbone pattern because it really does give drama all on its own. Some questions to ask yourself when remodeling your space is:

How to install a Herringbone pattern:

Installing a herringbone pattern is definitely not an easy installation so hiring a professional would be recommended. It can even be difficult for a professional to make sure they have some experience with it before hiring them. First, measure and mark the center point. The first step to laying a herringbone pattern is to find the center point of the wall. Dry lay the tiles, then work out the 45-degree angle for the first piece of tile. Next lay the rest of the tiles. Mark the tiles that will need cutting and then cut those tiles. Number the tiles and then start laying your design permanently. 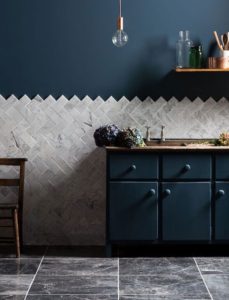 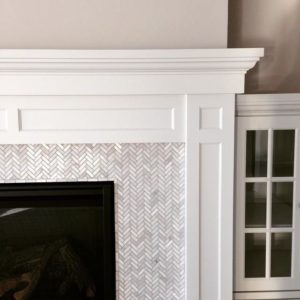 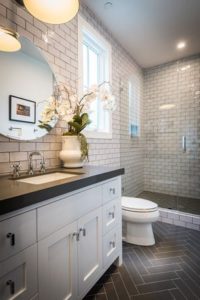 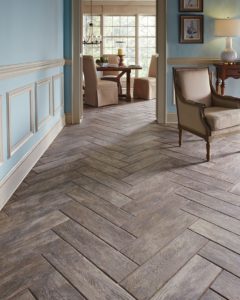 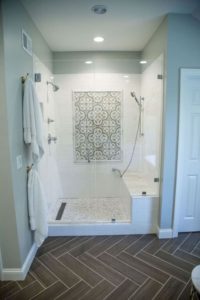 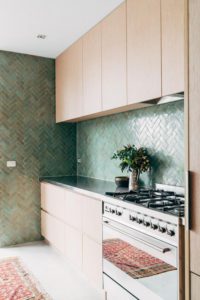 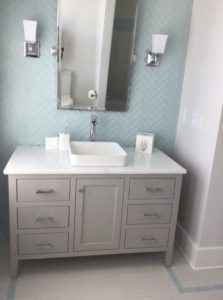 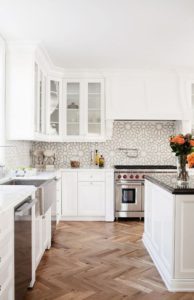 Feel free to Contact Us here at Retro Pro Kitchen and Bath and we would be happy to answer any questions you may have!